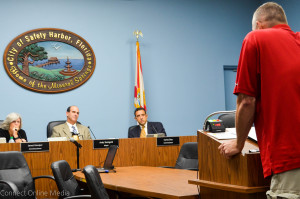 Jim Barge speaks at the Safety Harbor City Commission meeting on Nov. 2, 2015. Barge recently filed a lawsuit against Mayor Andy Steingold, among others, alleging slander stemming from an election eve incident in 2014.

Although there is not a municipal election being held in the City of Safety Harbor in 2016, an incident that occurred on Election Eve two years ago is making headlines today.

According to a story posted last week on the website St. Petersblog, Safety Harbor resident Jim Barge recently filed a slander lawsuit against the city’s mayor, Andy Steingold, among others, alleging he was falsely accused of stealing a Steingold campaign sign during the run up to the city’s 2014 municipal election.

The article states that the lawsuit names Steingold, as well as WTSP News investigative reporter Mike Deeson, and it accuses the two of scheming with Ray Duke, a decorated Safety Harbor fire captain and the man who took the video in question, to create a “false story” painting Barge, an Ayoub supporter, as a sign thief.

The video was reportedly shot four days before the March 11, 2014 special election. 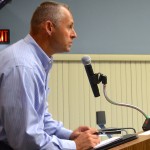 According to the article, after Duke shared the video with Steingold, the now-mayor asked the Pinellas County Sheriff’s Office to investigate the theft. Steingold also reportedly released the video to Deeson, who aired it as part of a 10 News Investigates piece during the five o’clock news on election eve.

Steingold went on to defeat Ayoub by less than 100 votes that year in what was called one of the closest elections in Safety Harbor’s history.

In the lawsuit, Barge, an outspoken business owner who has occasionally butted heads with the mayor during city commission meetings over the years, claims the video and news report damaged his reputation.

He said the property owners gave him permission to remove the signs, but there is some dispute as to whether the signs were located on an easement in a right of way, according to the article.

Safety Harbor Connect reached out to the parties involved for their comment on the lawsuit, and they either had no comment or referred us to their legal representatives. 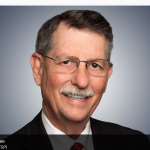 “As a journalist, I hate to say “no comment,” but the lawsuit prohibits me from commenting,” Deeson said by phone on Monday afternoon.

“It’s not because I don’t want to, or I have anything to hide. But I’m prohibited from saying anything at this time because of the lawsuit.”

After initially agreeing to speak freely about the suit, Barge said he was advised to remain silent as well.

“I want to talk about it, but my attorney thinks it’s wise not to speak publicly about it, so I’m going to refer all questions to him,” Barge said, referring us to his lawyer, Zachary Zuroweste of the Persante Law Group in Clearwater.

“I’m just trying to get the truth out there and clear my name,” he added. “And you can quote me on that.”

A message left at Zuroweste’s office was not returned by the time of this article’s publication.

Mayor Steingold also referred us to his attorney, Jack Gordon of the Tampa firm of Maney & Gordon, P.A.

According to Gordon, the lawsuit filed by barge is “frivolous” and will be revealed as such when and if the case ever comes before a judge. 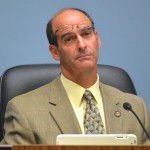 “The complaint is procedurally defective and will be subjected to dismissal,” Gordon said by phone on Tuesday.

“The allegations border on frivolous from a legal perspective, and from a common sense perspective, it borders on absurd.”

“He can take them down, but he can’t remove them and take them away to convert them for his own use,” he said, adding that the fact that Barge brought the sign to his house warranted the offended party, in this case, Steingold, to call the police regarding the theft.

Gordon then reiterated “there is no legal basis for the suit,” and he decried the fact that no matter how it plays out, a lot of money will be spent and reputations will be tarnished.

“The problem is, Mr. Steingold now has to confer legal expenses and costs that could add up to thousands and thousands of dollars against a frivolous and legally unsupported lawsuit,” he said.

“It’s very unfortunate, and all it does is breed acrimony.”

In addition to Steingold, Deeson and Duke, Barge also named Shelly Shellenberg, a Safety Harbor code enforcement board member who is no stranger to controversy herself, in the suit.

The suit claims Shellenberg is the moderator of a Facebook page that Barge said referenced the WTSP report in a post, and she called him defamatory names online.

Barge is seeking damages in the suit.

Note: An earlier version of this article stated Shelly Shellenberg was a Safety Harbor code enforcement officer. She is actually a code enforcement board member. The article has been corrected to reflect the change.