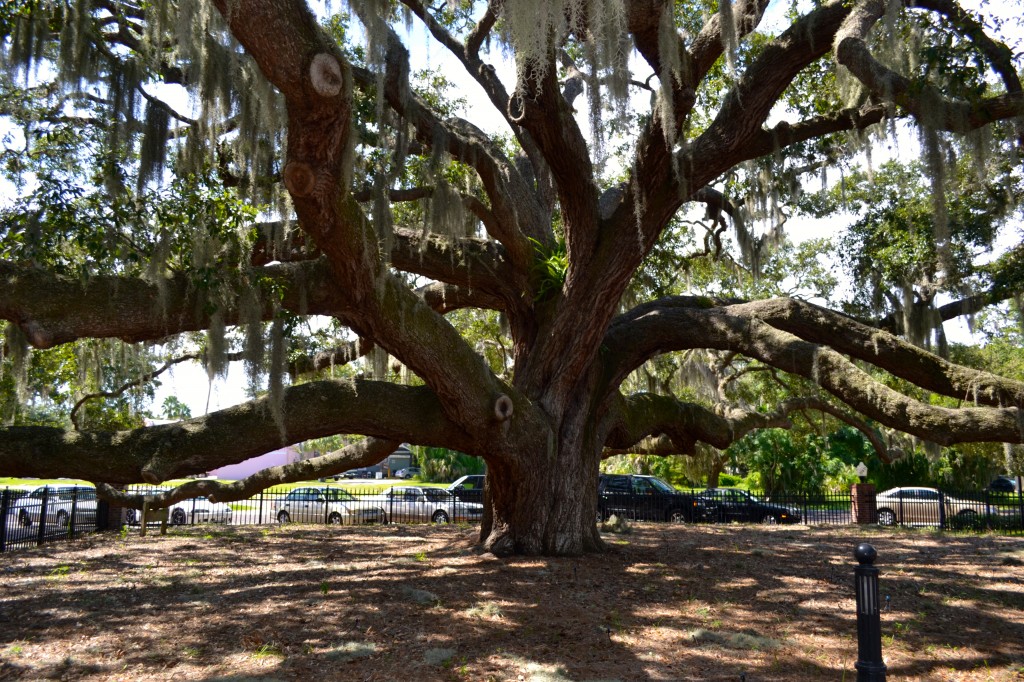 Safety Harbor officials agreed to enter negotiations with a local property owner to purchase the lot that is home to the historic Baranoff Oak, as well as three additional lots in the downtown district.

For years, Safety Harbor officials have discussed purchasing the downtown property where the historic Baranoff oak tree is located; the subject even became a hot campaign topic during the run up to the March municipal election.

The Second Avenue North parcel, as well as three adjacent lots leading up to Main Street, is reportedly is owned by PK Properties, a company that also owns the Safety Harbor Senior Living Center next to the Baranoff lots at 101 Main Street.

In response to a resident’s request for the city to purchase the lots in order to preserve the historic tree, which is estimated to be between 300-500 years old, making it one of the oldest such trees in the state, the City Commission authorized City Manager Matt Spoor to enter negations with the Baranoff property owner during Monday’s commission meeting. 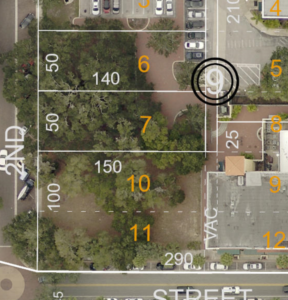 An aerial view of the four downtown lots (6,7, 10 & 11) City of Safety Harbor officials hope to purchase in order to protect the historic Baranoff oak tree on Second Avenue North.

“A week ago, the City Manager and I met with the owners of the property where the Baranoff oak tree sits and we asked them what the plans were for that tree,” Mayor Joe Ayoub said in response to Heather Dean’s request during the Audience to Be Heard portion of the meeting.

“They mentioned that their short-term plan within 12-18 months was to expand the senior living facility on Main Street that would block the Baranoff oak tree. It would not remove it, but it would block the view and potentially damage the roots.”

Ayoub added that after years of balking at selling to the city, the property owners are now amenable to striking some sort of deal, including a lease-to-own option or an installment sale.

“The owners were actually very receptive to the idea,” the mayor stated. “After years of pushing back and them not wanting to sell, they’ve opened up and they’re now willing to sell the property to the City of Safety Harbor.”

Noting Spoor had reported the asking price “was in reasonable range,” Ayoub asked for consent from his fellow commissioners to allow the City Manager to move forward with negotiations.

Their responses came during their Commission Reports, with Commissioner Andy Zodrow, who made purchasing the Baranoff property one of his campaign priorities, fully supporting the move.

“Especially in light of the Bay to Bay project on Second Avenue, that just pushed me much more to go purchase that property,” Zodrow said, adding, “we should be having the discussion today, not three or four years from now when a developer comes in to…develop it.”

Zodrow said “the idea of trying to protect the actual Baranoff tree but allowing development to occur the property immediately across from Starbucks is, to me, not reasonable,” and he said the arrangement would be “a win-win for everyone,” with the property owners being compensated, residents getting a new micro-park downtown and the iconic tree being protected.

After reiterating the importance of protecting the tree and calling the parcels the “last real piece of greenspace downtown,” Ayoub again asked the commissioners to allow Spoor to move forward with the negotiations, and all four consented to the request.

Following the meeting, city officials elaborated on the decision.

“At last night’s city meeting, the commission agreed to my request to allow the city manager to continue negotiations with the property owners, which I was very pleased with,” Ayoub posted on his Facebook page.

“While there are still uncertainty around whether we can come to a deal this is a very positive step.”

Via email, Spoor said they have already “begun negotiations and will bring back terms of any potential agreement to the City Commission when appropriate.”

When asked about the purchase price, Spoor declined to reveal a number, but he said the money would potentially come from General, Penny for Pinellas and/or Community Redevelopment Agency funds, and, possibly, Parkland funds.

“It depends,” he replied, noting staff “would give them some options,” but it ultimately would be up to the Commission to decide.