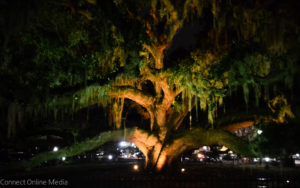 Safety Harbor officials want to know if residents are in favor of paying $1 million to purchase the Baranoff Oak property, and if so, would they support a temporary millage increase to facilitate the purchase.

Safety Harbor Mayor Joe Ayoub recently released a survey designed to determine two things: should they purchase the Baranoff Oak property at a reported cost of $1 million, and if so, would residents support a temporary millage increase to help facilitate the purchase?

The link was posted on Facebook Thursday morning by Mayor Ayoub, three days after the idea of raising the millage was floated at the end of the Safety Harbor City Commission meeting.

Based on comments made during the discussion Monday night, the SurveyMonkey survey asks two simple questions:

The mayor’s social media post also included an explanation of the situation, complete with details about the proposal:

As you may have heard the City of Safety Harbor does not own the property on on the NE corner of Main St. 2nd Ave. where the Baranoff Oak Tree is located. The city is currently in a joint use agreement with the owners that allows the city to control the section of the property where the tree is located for the next 3-4 years but there is nothing to prevent the owners from building something on the front of the property facing Main St. before the joint use agreement expires.

The city manager and I had a meeting with the property owners several weeks ago to discuss purchasing the property and the city has since entered into negotiations with them. We are likely looking at a purchase price of about $1 million, which is based on a comparable piece of property that recently sold in downtown.

Since the city does not have this factored into our budget I’d like to get your feedback on doing a temporary property tax increase to pay for the property. This is estimated to cost the average household between $35 and $50 a year for the next 3 to 4 years. These numbers are based on a home valued at $222K (median home value in Safety Harbor based on most recent census data) with a taxable value of $147K. Another way to estimate the impact to your property taxes would be to calculate a millage increase of .331 per 1,000 of taxable value for three years (i.e. 400K taxable value times .331 would be an increase of $132 a year for three years). This is the high end of the estimate and the actual increase could be less based on several factors, including how much of our reserves we are willing to spend.

We would be able to make this temporary by passing a resolution that says this portion of the property taxes will be segregated and used solely for the purchase of the property and expire in 3 to 4 years once the property is paid for. This would not impact any other increases or decreases in our ad valorem property tax rate the commission may wish to vote for to sustain our ongoing services and projects.

It concluded by asking citizens to click the link and vote on the survey. 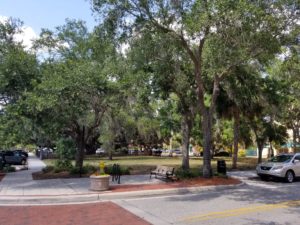 Since the news broke last month that the owners of the four lots on Main Street and Second Avenue North, PK Properties, had plans to expand the adjacent Safety Harbor Senior Living center, a move that would not result in the removal of the 300-500-year-old tree city but could damage its roots and block its view, officials scrambled to try and come up with a way to protect the tree.

After the City Commission authorized City Manager Matt Spoor to enter negotiations for a potential purchase of the land, Mayor Ayoub said earlier this month that “the owners were actually very receptive to the idea. After years of pushing back and them not wanting to sell, they’ve opened up and they’re now willing to sell the property to the City of Safety Harbor.”

When Spoor reported that the asking price “was in reasonable range” based on comps in the area, the commission was faced with finding a way to come up with the money.

Some suggestions floated on Monday night included using an unallocated portion of the city’s General Fund reserves, roughly $1.5 million, to pay for the property; scrambling to find grant money to help with the purchase; and using Penny For Pinellas funds that have been earmarked for Capital Improvement Projects.

Those ideas were met with various questions and concerns, leading the mayor to inquire about the temporary millage increase.

“It is an expensive piece of property, but it’s got the Baranoff Oak, it’s the last piece of greenspace on Main Street and I would like to see us take some kind of action,” Ayoub said on May 7.

Spoor noted the city could take the money out of reserves to immediately purchase the property and then pay itself back via the proposed increase.

Now, the question is being posed to Safety Harbor residents: are you willing to pay to preserve the tree?

“This is not an official city survey,” Ayoub said by phone on Thursday.

“It’s just my way of gauging how the residents feel about this idea to preserve an iconic downtown landmark.”

Ayoub said the results would be presented at a City Commission meeting later this summer.