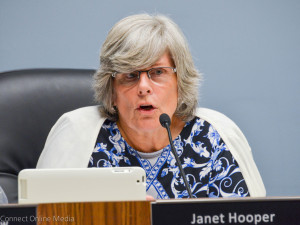 Safety Harbor City Commissioner Janet Hooper resigned her position on Monday in order to run for mayor in the city’s upcoming municipal election on March 14, 2017.

Safety Harbor City Commissioner Janet Hooper resigned her position on Monday in order to run for mayor in the upcoming municipal election on March 14, 2017.

The move leaves Hooper’s Seat 1 open, along with incumbent Carlos Diaz’s seat 4 as well as the mayoral position.

Hooper, the longtime director of the Mattie Williams Neighborhood Family Center, was to elected to Seat 1 in March 2015.

Earlier this year, she was cleared of any conflict of interest by a state ethics commission following a lengthy investigation after a complaint was lodged regarding her dual positions as director of the center and elected city official. The nonprofit Mattie Williams Center regularly accepts funding from the city, including $45,000 in outside agency funding, as well as proceeds from many special events, including Third Fridays, the Safety Harbor Wine Festival and others. 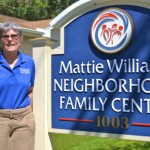 “The matter was fully investigated,” Hooper told Safety Harbor Connect after she was cleared in February. “The Commission’s Advocate from the Attorney General’s Office recommended a finding of no probable cause.”

“The Commission on Ethics found there was no basis of a conflict as a Commissioner as alleged by Complainants by having private employment with the Mattie Williams Neighborhood Family Center, or by the City doing business with the Center.”

Safety Harbor Connect reached out to Hooper for comment on her resignation, but did not hear back from her prior to the publication of this article.

The list of those candidates who have officially declared their intention to run as of Monday, Dec. 12, 2016, looks like this (candidates listed alphabetically): 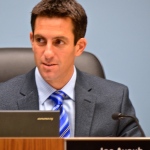 Also, four potential candidates have expressed interest in running for one of the two open commission seats.

City officials note these potential candidates could run for either of the two open seats, as could Douglass and/or Boozarjomehri, or they could decide to not to enter the race.

Stay with Safety Harbor Connect for continued complete coverage of the 2017 municipal election.