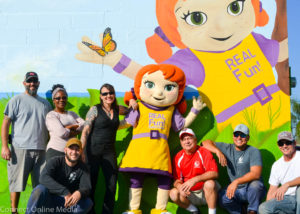 Safety Harbor’s revitalized public art scene has experienced another infusion of new blood, as a slew of installations have recently been added at several locations in the downtown district.

In addition to the gorgeous stainless steel sculpture created by Michigan artist Bruce Niemi that was revealed during the Safety Harbor Art and Music Center grand opening over Thanksgiving weekend, new murals have been painted by Nancy Mitchell at the Safety Harbor Senior Living building at 101 Main Street; on the wall of Cello’s Charhouse as part of a SHAMC community art project led by Kumpa Tawornprom and Katie Bush; and on the city’s building maintenance department headquarters, a collaborative effort between several Bay area artists, including Tanya Pistillo of Largo and St. Petersburg’s Derek Donnelly.

During a public unveiling at the city building, located at the corner of 9th Avenue North and Withlacoochie Street, on Tuesday afternoon, Safety Harbor Recreation Superintendent Shannon Schafer spoke about the recent influx of public art projects in town. 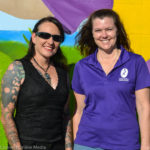 “It’s exciting for the current Public Art Committee members as well as the past members,” Schafer, who serves as the city’s liaison for the PAC, told Safety Harbor Connect.

“Cultivating projects like this is a long process, and it’s a total team effort between members of the committee, the City Commission and city employees, and of course, the artists.”

While there were rumblings about the city insisting on using leisure services mascot Phiona Fun in the mural instead of an image Pistillo originally presented to the PAC back in June, the artist said the project was a true collaboration.

“I wasn’t forced to do anything,” Pistillo, who created Largo’s first mural, said.

“They selected me and not the image I selected, which was great because I made great relationships from it. This whole thing came together with input from many members of the community, myself, Shannon, the people who work here, people walking by. That’s what makes it so unique.” 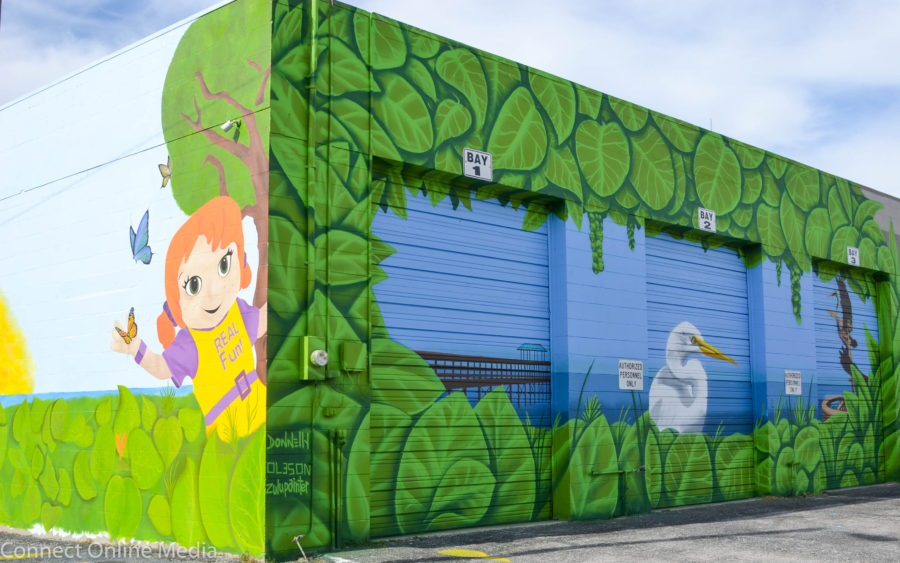 “It’s all about branding no matter what you’re working on,” Pistillo added. “What is REAL Fun? Phiona! You want something that connects the city to residents and visitors. It’s all about representing what’s on the inside, not just of the building, but the people who make up the community.” 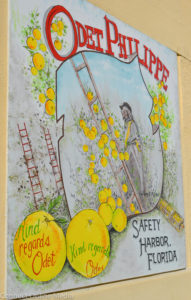 This mural by Nancy Mitchell was recently added to the side of the Safety Harbor Senior Living building at 101 Main Street and Phillippe Parkway.

Pistillo, who recently painted the giant blue whale for Largo Central Park’s Holiday Festival of Lights, said she was overwhelmed by the outpouring of love and support for the arts in Safety Harbor.

“The experience was nothing less than amazing,” she said. “Shannon once said to me the secret sauce in Safety Harbor is the people, and it’s true. That’s how this whole thing works.”

As for the city employees who occupy the building everyday, the project has help transform what is considered to be a drab section of the city.

“It definitely looks a heck of a lot better than it did!” maintenance superintendent Dave Carrozza said, adding, “It’s much brighter.”

“Tanya did an excellent job making Phiona look lifelike. We’ve heard a lot of nice words about it, having it here in an industrial area. It’s been well received by staff and residents.”

While this latest wave of public art has flooded town, Schafer said thanks to the commitment of city officials, there’s more to come in 2017.

“We have a couple of sculptures coming, one at the Waterfront Park and one on Bayshore Boulevard, as well as Laura Kepner’s Rainy Days painted sidewalks project that we are just starting to get into,” Schafer said. “Plus all the other projects we have approved will start to become a reality after the New Year.

“Art breeds more art,” she added. “When people see one project, they ask how they can get something on their building. We’re fortunate Safety Harbor has an open mind about bringing public art to the city.” 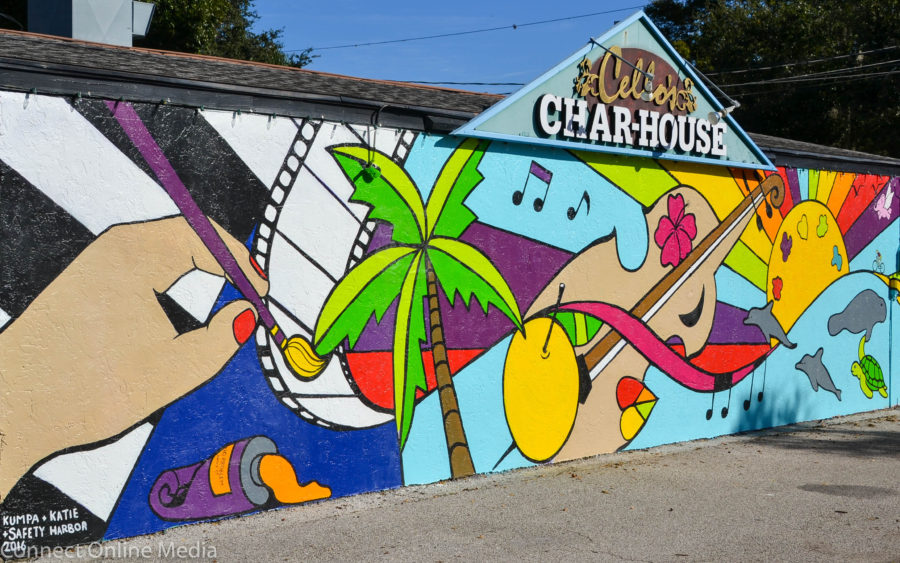