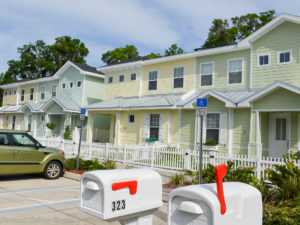 A look at some new townhomes that were recently built in downtown Safety Harbor. A proposed draft ordinance that would have increased lot setbacks in the R2 district was scrapped by the city commission last week. *Note these townhomes are in the commercial district and not the R2 zoning.

The Safety Harbor City Commission scrapped a proposed draft ordinance related to maximum lot coverage and setbacks in the downtown district following months of discussion of the subject.

Draft ordinance 2016-17 has generated a lot of attention over the past several months, with residents and special interest groups expressing views on both sides of the issue as to whether or not larger, two-story homes fit in a district that was created with small, traditional style properties in mind.

Sensing there is more work to be done before approving an ordinance that greatly affects the future of the city, the commission made the unusual decision to start over from scratch last week.

“It looks like we’re going in a different direction,” Mayor Andy Steingold said during the city commission meeting on September 6. 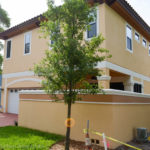 The decision came after yet another round of talks regarding the controversial ordinance, which if passed would bring all the pre- and post-1950 lots in the R2 district into conformity with the city code that was changed in 2013.

The commissioners discussed creating a separate district made up of homes from the pre-1950s era, of which there are 873 such lots in the R2 zone, as well as grandfathering in existing older homes if they either burned down or were being rebuilt.

And while there weren’t nearly as many residents on hand to speak about the issue this time around, those who did appear spoke in favor of allowing diversity in the district.

“I live in one of these R2 neighborhoods,” Bill Hughes said. “The reason I live in this neighborhood is, to use your term, is because it’s not conforming. I live in a neighborhood with no deed restrictions by choice. I don’t have to live there.”

“To be honest with you, I don’t want to be put in a situation where all the homes look the same,” he added. “There’s a big pink elephant a few blocks from my home, and I love it. I love it.” 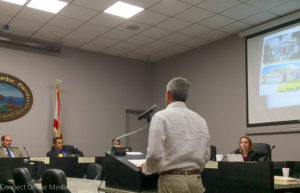 “Pushing everything to a uniform 25-foot setback would encourage more of what you see down below,” Smart Growth Safety Harbor co-founder Kevin LaBrie said, pointing to a photograph of the different home styles.

“We have some great neighborhoods in Safety Harbor that look a lot like the lower two pictures, but I don’t think that’s what people enjoy about our downtown quaint Safety Harbor. So for those reasons, I ask you to consider maintaining those traditional setbacks of the pre-1950 plats.” 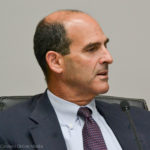 However, Mayor Steingold was quick to counter that point.

“Typically we’re not getting the structures shown in the top two photos,” he said, regarding the older, more traditional style of smaller homes.

“If we could get those traditional homes built, we probably wouldn’t be dealing with discussing any changes. We’d leave it alone.”

“But the reality is, we’re not typically getting those structures,” he added. “That’s why we’re here discussing it, trying to figure out how do we effectuate this.”

After a little more discussion, and following the directive to start over, Spoor said he would get to work on a new draft of the ordinance, which will be brought before the commission at a later date.