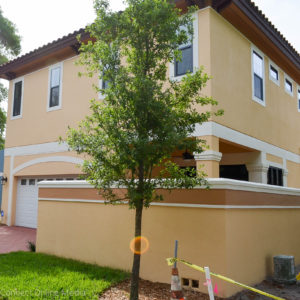 Large homes like this being built in downtown Safety Harbor have fueled the debate about increasing the lot setbacks throughout the city.

The issue of whether to increase setbacks for certain lots in Safety Harbor’s Single Family Residential (R-2) district has been hotly debated over the past year, as the City Commission held several sometimes-heated discussions on the proposed changes to the Land Development Code.

A proposed ordinance, which would increase the setback requirements from 15 feet to 25 feet, has been met with strong opposition from residents and organizations who believe the move infringes on property owners’ rights, while proponents feel increasing the setbacks will cut down on the amount of large-scale homes that are being built downtown, altering the charm and character of the district.

On Monday night, with nary a word spoken from residents on either side of the issue, the commission approved Ordinance 2016-25, which calls for increased setbacks as well as provisions for rear-facing garages and bigger front porches, on first reading by a vote of 4-1, with Commissioner Carlos Diaz voicing the lone dissenting vote. 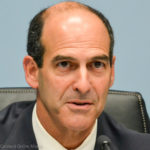 “I think the City Commission really put a lot of time and effort into this over the last year,” Mayor Andy Steingold told Safety Harbor Connect after the meeting. “The idea was to have some parity between the lots. You can’t treat all lots the same.”

“So the idea was to create a little distance between the houses,” he added. “There’s gotta be some parity. I don’t think we took anything away regarding square footage. We’re trying to create additional setbacks on smaller lots. We’re not trying to take something away from developers.”

According to the terms of the ordinance, the proposed changes for residential lots in a subdivision platted prior to 1950 include:

Additionally, the ordinance increases the setback reduction for an enclosed front porch from 5’ to 10’, and it clarifies how the minimum front yard is calculated in the city’s Traditional Neighborhood District-1 and TND-2 for detached single family and two family residential homes.

Unlike previous meetings on the subject, there was little debate, and no public comment. 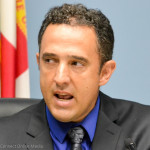 However, Commissioner Diaz, who voted against the measure, expressed his dissatisfaction with the proposal.

Mayor Steingold countered by saying the idea was to create parity between the bigger and smaller lots, adding “if you add up all the additional space that was changed, what are we talking about, eight feet total on all sides?”

“I mean if that’s the way the city wants to go, to encourage bigger porches and smaller homes,” Diaz responded.

The brief debate was quickly settled, and ultimately the majority of the commissioners voted in favor the proposed  changes.

The item will next go before county officials before coming back for final approval from the commission sometime after the New Year.

Harborites, how do you feel about the City Commission’s decision? Let us know in the comments below.