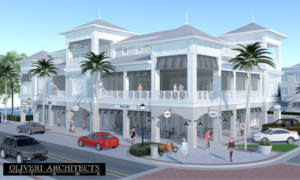 As you may have heard, a mixed-use development in downtown Safety Harbor recently received final approval from the City Commission, the first new development project on Main Street in more than a decade.

But several other projects currently in various stages of planning could be coming to the city in 2018, including a 10-unit town home complex on Ninth Avenue South and a six-lot subdivision behind Morton Plant Mease Hospital.

Those projects, as well as a mini-resort on Philippe Parkway and a medispa in the old Captain’s Pizza building, could lead to several new developments in Safety Harbor in the New Year.

“The staff team that reviews plans has been working very hard. 2017 has been a very exciting year and we look forward to working with applicants, businesses, and the community in 2018.”

Indeed, in the past few weeks alone three sizable projects, including Bay to Bay Properties’ retail/office/residential development on Main Street, have received the greenlight from the commission. 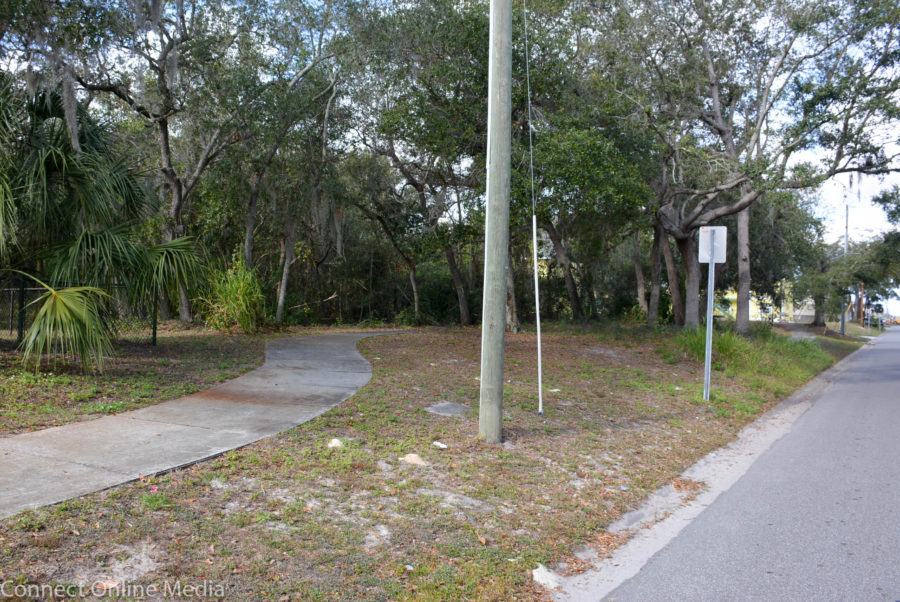 The project would have one access point on Ninth Avenue with a curvilinear private drive, a retention pond on commonly owned property to the north and a 25-foot buffer around the wetlands on the site, according to the proposal.

Stenmark also noted the applicant, Oak Village Partnership, would level the uneven sidewalk in the area, and she said they are taking special consideration to protect several trees on the property. 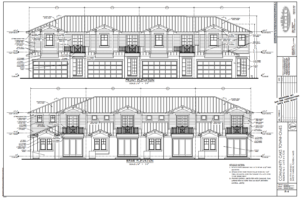 “On Lots 5 and 7, they’re employing special construction techniques…to protect existing large trees that are nearby,” she explained. “Then, on Lot 9, one of the northernmost lots, they have a reduced building footprint than what they allowed by code…to protect this 51-inch live oak.”

Stenmark added of the 159 protected trees on the site, several will need to be removed, and she said the developer would either replant on the site or contribute to the city’s tree bank to compensate for the losses.

“The applicant and their consultants did an excellent job working with our arborist to protect existing trees as much as they could for this project,” she said.

After a discussion about the parking requirements for the project, the commission ultimately approved the site plan for the Community Oaks Townhomes by a 5-0 vote.

Last week, the commission ruled on a residential development that was originally approved more than a decade ago.

In 2004, local lawmakers initially approved a site plan for what was then known as Channelside Courts, a six-lot, single-family residential subdivision located along the Lake Tarpon Outfall Canal behind Mease Countryside Hospital. 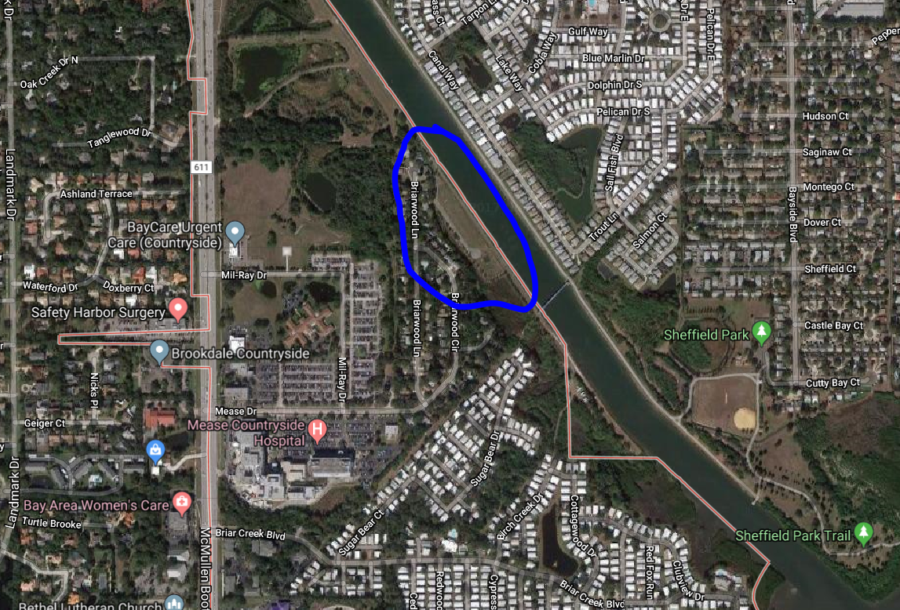 An aerial view of the proposed location of the Edgewater Reserve residential development. (Credit: City of Safety Harbor)

When that project stalled, the property switched owners, and in March, the City Commission re-approved the site plan for what is now known as Edgewater Reserve.

“The next steps in the process are for the applicant to then pull permits for the individual lots in order to build the houses,” Stenmark explained on Dec. 18, adding the site plan for the project had already been approved for the previous proposal. 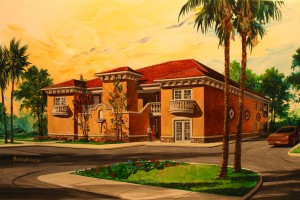 An artist’s rendering of the Mullet Creek Resort that has been proposed near downtown Safety Harbor. (Credit: John Mahan)

Another project that received approval years ago, then stalled, appears to be back on track as well.

A conditional use permit for the Mullet Creek Resort received initial approval from the City Commission in August 2015.

Since then, the overgrown lot along Mullet Creek was cleared of some debris, but the proposed project—a two-story, 5,400-sq.-ft. resort with a circular drive featuring three vacation rental units on roughly three acres on the northeast corner of Martin Luther King, Jr. Boulevard and Philippe Parkway—never materialized despite developer John Mahan telling Safety Harbor Connect at the time the project was “fully funded and ready to go,” with an estimated completion of August 2016.

According to Stenmark, the last permit activity for the property occurred on Dec. 12, 2016, meaning the developer was coming up against a one-year deadline for the expiration of the site plan due to inactivity.

As a result, Mahan was back before the commission on Nov. 20, where he explained a failed financing package and Hurricane Irma derailed his timeframe, leading him to request a six-month extension for the site plan. 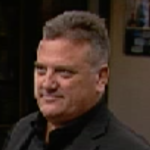 “We were going for an SBA (Small Business Administration) financing package, because it being a commercial mixed-use property, it’s not really residential and it’s not really commercial,” Mahan replied when asked why the project was delayed for so long.

“There’s been delays in the SBA package and then with Hurricane Irma, all federal agencies were asked to extend things. So, it put me past (the deadline), or it will.”

When Vice-Mayor Carlos Diaz asked if he would be able to get the project back on track within the six-month timeframe, Mahan replied, “yeah, that’s what we’re looking at.”

The commission then unanimously approved the request by a 5-0 vote, and Stenmark said she expects construction to begin in the spring. 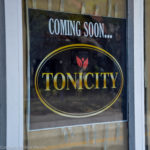 Tonicity, a medispa featuring a variety of health and wellness applications and services, is reportedly coming to 324 Main St.

And finally, there’s been movement with the old Captain’s Pizza building, a property that has been the subject of development rumors for going on five years following the closing of the iconic Main Street eatery in 2014.

As we reported in April Tonicity, a medispa featuring services and procedures such as weight reduction, hair removal, skin tightening and tattoo removal, was advertised in the window of the two-story building, located at 324 Main Street.

On Nov. 6, representatives for the property owner petitioned the commission for a waiver request to reduce the parking requirements at the site from eight spaces to two, based on the fact that the spa would require less parking than the restaurant.

“The developer wants to renovate it and keep the old charm of Safety Harbor in mind,” Mahshid Arasteh said. “But they need help with the parking.”

Arasteh said the parking situation was complicated by new standards for handicapped spaces, as well as the limited space in the rear of the building.

She claimed they had received approval from neighboring businesses to use the spaces in front of their shops during the day. 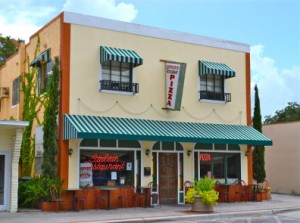 Captain’s Pizza at 324 Main Street was a fixture in downtown Safety Harbor for more than 30 years before it closed in 2014. So far, efforts to redevelop the property have been unsuccessful.

Officials, however, were reluctant to reduce the requirement by such a large margin without more of a guarantee there would be adequate parking available at all times.

“Obviously, eight spots is quite a lot, but where does it stop?” Vice-Mayor Diaz asked, adding, “after the medispa is gone, you’re going to run into the same issue again.”

After a lengthy discussion, the four commissioners in attendance unanimously agreed to require a total of four spots, including the ADA space, and Arasteh said she would get with the owner to work out the details.

According to Stenmark, the city recently received a building permit for the property and it is currently in review.

Sign up for the Safety Harbor Connect newsletter to receive updates on these developments as well as other local projects.