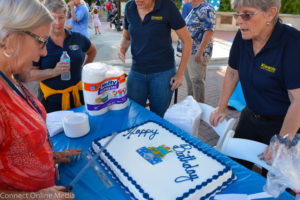 Safety Harbor is in the middle of its yearlong centennial celebration in 2017, and last weekend officials held the first of several parties and special events designed to commemorate the city’s 100th birthday.

With June’s Third Friday Music Series as a backdrop, Mayor Joe Ayoub took the lead for a couple of special ceremonies—the grand opening of the scenic new boardwalk at the Waterfront Park, and the presentation of a centennial birthday cake at the John Wilson Park Gazebo.

At around 5:00 p.m., the mayor kicked off the celebration with a speech at the boardwalk, located in the northeast corner of the 13-acre park behind the Safety Harbor Spa.

“The vision for our new Waterfront Park began five years ago when an opportunity to purchase 13 acres of beautiful land behind the Safety Harbor Spa came to us,” Ayoub said on what was a sweltering early summer evening.

“With the help of many residents, city employees and others, this vision is now turning into a reality.”

Ayoub and fellow commissioners Cliff Merz and Andy Zodrow, as well as several city staff members and officials, then cut the ceremonial ribbon, and attendees were invited to stroll the 2,500-linear foot Brazilian hardwood trail that snakes along the shoreline and through the mangroves and trees, providing spectacular views of Tampa Bay and the natural beauty of the parkland. 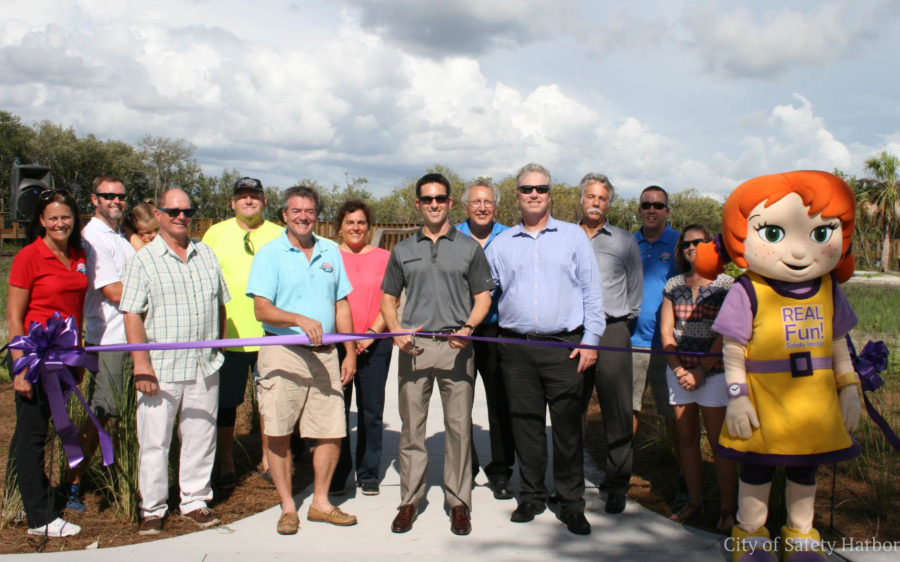 Safety Harbor city staff and officials, including Mayor Joe Ayoub (center), cut the ceremonial ribbon at the city’s Waterfront Park boardwalk on Friday, June 17, 2017. The attraction, which officially opened to the public six weeks ago, features a 2,500-linear-foot trail offering stunning views of the shoreline and the park’s natural beauty. (Credit: City of Safety Harbor)

The party then moved from the marina to Main Street, where the mayor emceed the birthday party at the Gazebo. 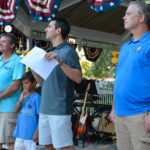 After outlining a brief history of the city, Ayoub led the crowd in a chorus of “Happy Birthday” before members of the Kiwanis Club sliced up the special centennial birthday cake.

Following the ceremony, Ayoub spoke about the celebratory atmosphere in the Harbor.

“It’s been an amazing Third Friday, for several reasons.” Ayoub told Safety Harbor Connect. “First, there’s been no rain. Second, we have a great turnout, and there was a lot of enthusiasm for the ribbon cutting for the new boardwalk. The residents seemed to really enjoy it.”

“There’s a lot of positive energy here for the celebration of the city’s centennial, with plenty more to come,” he added. 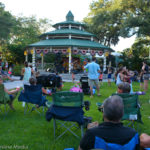 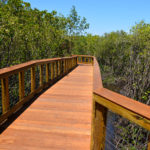 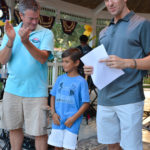 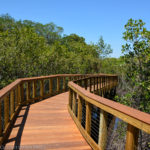 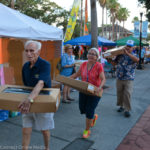 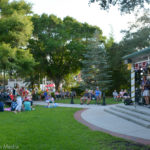 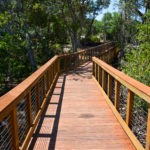 Work on the 2,500-linear-foot boardwalk at the Safety Harbor Waterfront Park was completed in April 2017. 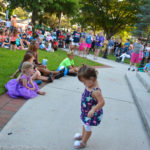 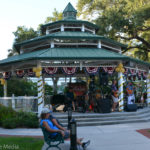 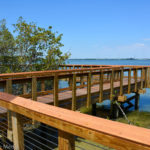 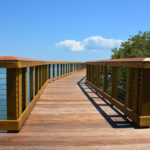 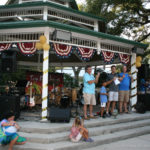 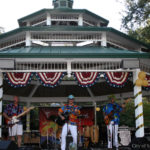 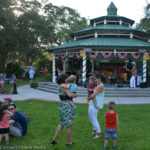 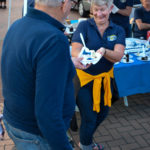 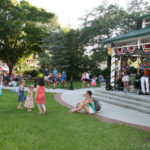 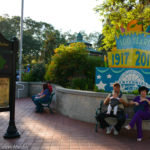 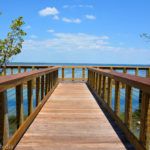