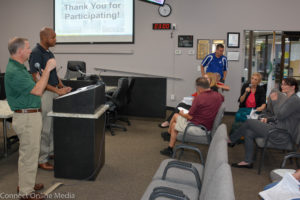 A group of Safety Harbor officials, residents and other volunteer pedestrians met at City Hall on Thursday afternoon to prepare for Sunday’s walking audit of the city.

The audit, which is being led by Forward Pinellas, is designed to assess the physical characteristics of a neighborhood by focusing on its walkability and connectivity and will serve as a pilot program for the transportation planning agency’s 20-minute neighborhood initiative.

According to Forward Pinellas Executive Director Whit Blanton, the audit should go a long way towards identifying how accessible, welcoming, convenient and safe certain sections of Safety Harbor really are.

“I think Safety Harbor is a microcosm of what makes Pinellas County great,” Blanton, a resident of nearby “south” Safety Harbor, told the crowd of roughly 30 that gathered in the commission chambers.

Blanton explained to the group that conducting a walking audit and identifying impediments can greatly improve the community. 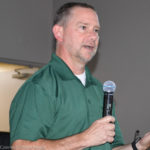 Blanton added that “when surface streets are lacking accessibility, it affects the safety of all users.”

The groups will begin their three-hour tour at Marshall Street Park and the Walgreens parking lot on McMullen Booth Road.

As the walkers undergo their journey, they will be asked to stop and assess certain areas along the route—13 on the southern route and nine on the northern—by utilizing diagrams, drawings, questionnaires and photographs.

“It’s important to draw attention to things the city is doing well, also,” he added. “It’s all about finding out what’s right for Safety Harbor.” 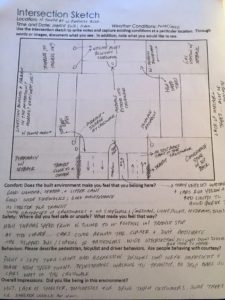 An example of the notes and sketches participants in the Safety Harbor walking audit will be instructed to fill out during the three-hour exercise on Sunday afternoon.

Following the tour, the groups will reconvene at City Hall for breakout sessions, where they will compare notes, identify high priority needs and come up with solutions to be presented to the City Commission for review in November or December.

With instructions in hand, the group disbanded after an hour and a half of instruction, ready to tackle the challenge that lays ahead.

“It was an impressive presentation, especially the slides that showed just how expensive our dependence on cars is, not only for our community but for us personally,” Cmmsr. Long said via email.

“My hope is that the walking audits show us numerous ways to make our city more friendly for pedestrians and cyclists, so as we add more exciting things for residents to downtown that they are encouraged to walk or cycle to them or, if they need to drive, park their car just once downtown and walk everywhere they want to go.”

“I think it’s really exciting we got something like this,” Lorraine Duffy Suarez, a planner for Hillsborough County Schools and co-founder of Safety Harbor Inspired Planners, told Safety Harbor Connect.

“The citizens are really interested in learning about improving the walkability and bike-ability in Safety Harbor, and I think they are giving a great overview and planting a seed in people’s minds of what needs to be better.”

“I think it’s a good thing,” she said. “I hope it helps people to be aware and pay attention to their neighborhoods on a regular basis and to be more aware of their surroundings.” 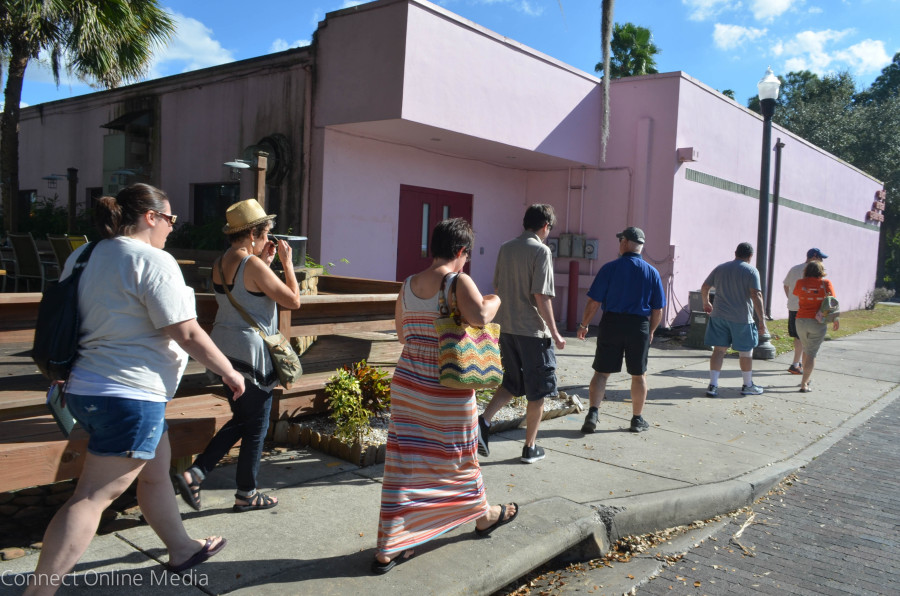 A walking audit led by Forward Pinellas officials will be conducted in downtown Safety Harbor on Sunday, Oct. 15, 2017.

Indeed Blanton, who has conducted these exercises for communities and organizations, including the EPA, over the years, admitted that is a typical result of the audit.

“Once you start paying attention to these things, it’s hard to stop,” he said.

“If you get a little insight into what you like about your walk or your neighborhood, you’re never going to lose that.”