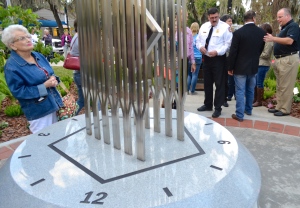 The City of Safety Harbor held a special ceremony to unveil its long awaited 9/11 memorial on Friday night, and despite months of false starts and financial delays, the final result did not disappoint.

The memorial, which features a piece of steel from the World Trade Center “floating” among metal bars resting atop a circular granite pedestal, received plenty of compliments from the assembled crowd, which included many city officials and residents.

Mayor Andy Steingold kicked off the ceremony by talking about the significance of the memorial and thanking those responsible for bringing the project to completion.

“Thirteen years after the dark September 11, 2001 day, we are gathered here today not just for the unveiling of our monument, but we’re here to honor and forever remember the men and women and children who were murdered, 2,976 of them,” the mayor said. 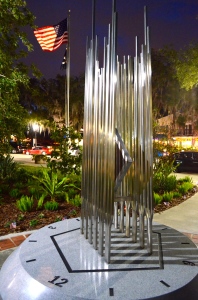 “Once the City Commission approved the 9/11 memorial project brought to them by Chief (Joe) Accetta…we all took a deep gulp and said, ‘where are we gonna come up with this money?” he continued. “But the chief was persistent and said I promise you if you come up with it, we’re going to match it and raise all the money, and he did.”

Chief Accetta, who was instrumental in getting the project completed, said he couldn’t have been happier with the final result.

“The response has been overwhelming, and that says it all,” he told Safety Harbor Connect.

“It’s exactly what we envisioned, but the end result has even more flair to it. It looks even better in person than it did on paper.”

Following the speeches, the mayor and fellow commissioners Cliff Merz, Rick Blake and Andy Zodrow, along with community planner Ana Mena, cut the ribbon and officially opened the memorial to the public.

As the crowd filtered into the area between City Hall and Fire Station 52, each person took time to examine the various aspects of the memorial, including the commemorative brick pavers, the timeline etched into the ground and atop the pedestal, as well as the piece of steel itself, which is easily accessible to visitors. 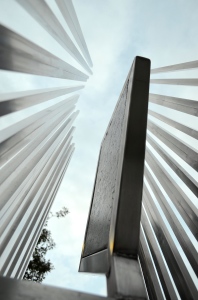 That particular facet of the design was of great importance to Dominique Martinez, the artist who conceived the final design and produced the memorial through his company, Rustic Steel Creations.

“I like the fact that it’s open, that people can touch it,” he said, noting that the original design called for the steel to be encased in glass. “It’s open to different interpretations this way.”

“I wanted it to be where people can walk around it and look through the tridents and put yourself in the eyes of the people who were in that building. There’s a sense of realism to it.”

Indeed the final design was met with universal praise from those who attended the ceremony.

“It’s really amazing. They did a great job with it,” Safety Harbor American Legionnaire Barbara Hollen-Hugg said. “I like how all three aspects of the attack are represented.

“I’m very proud to have this in the city and the city should be proud of it.” 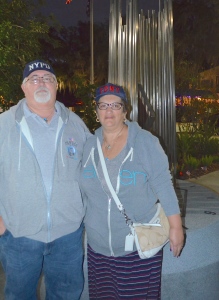 One person was particularly touched by the memorial.

Anne Koster of Oldsmar was on the 81st floor of the first tower when it was hit, and she makes it a point to attend as many of these dedication ceremonies as she can.

She said while they do tend to reopen old wounds, they also serve an important purpose as she continues to move past the tragedy.

“It’s difficult to come to these because I remember all my brothers who died, but it’s closure that helps me honor my fallen friends,” she said as she examined the memorial with her husband, Dale.

Asked how she felt about Safety Harbor’s memorial, Koster was straight to the point.

“They’re all different, but this one is beautiful.”

Here’s a look at some scenes from the Safety Harbor 9/11 memorial unveiling ceremony, complete with various angles of the memorial itself: 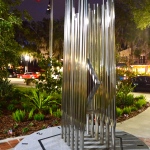 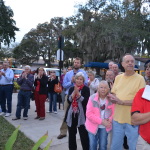 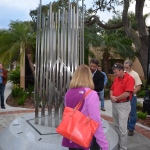 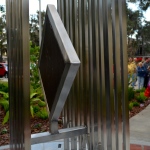 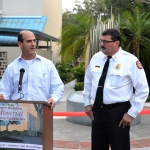 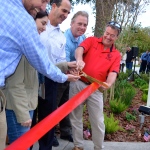 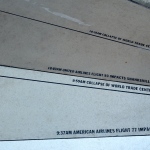 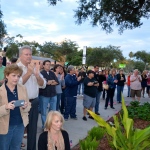 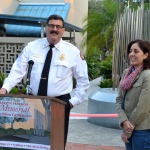 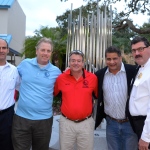 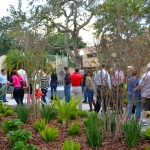 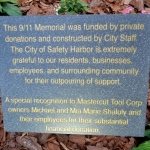 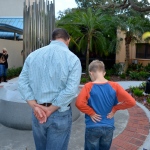 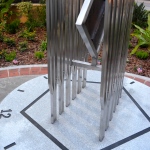 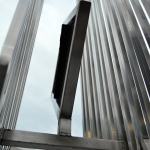 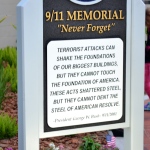 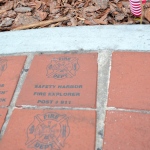 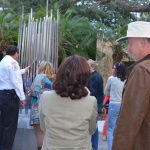 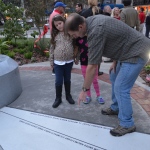 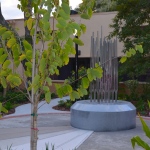 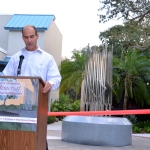