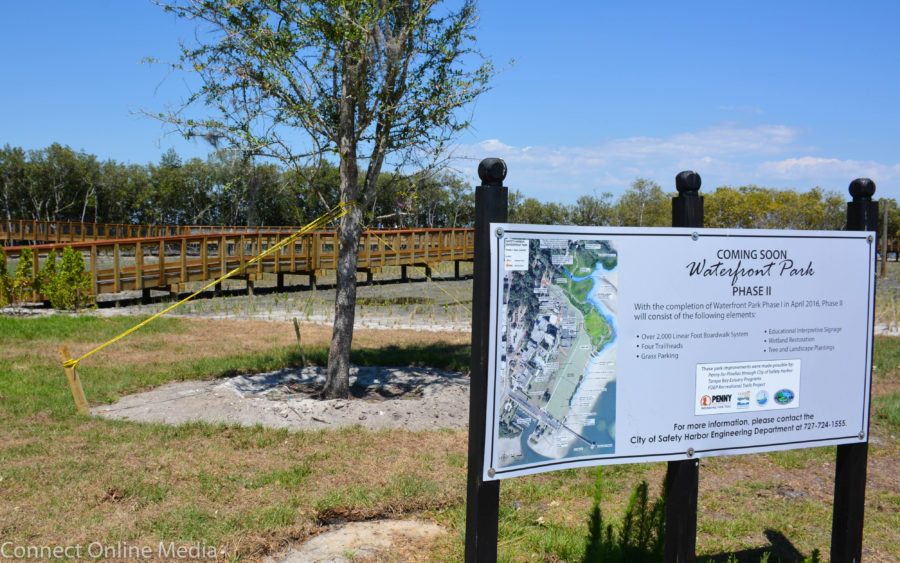 With Phase I of the Safety Harbor Waterfront Park project in the rearview, city officials have turned their attention to Phase II, which is scheduled to include irrigation and electrical work as well as additional parking, seating, shaded areas and, potentially, new restrooms.

It’s been nearly five months since work was completed on the second stage of Phase 1 of Safety Harbor’s Waterfront Park, a $1.8 million project that added a scenic 2,500-linear-foot trail along the park’s shoreline.

In the spring, officials began discussing Phase II of the development of the 13-acre parcel located behind the Safety Harbor Spa that the City purchased from the resort for $2.75 million in 2015. 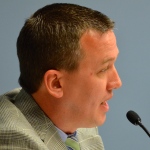 During a City Commission meeting on April 17, the five city commissioners agreed to combine elements from the initial conceptual plans for the park and recommendations made by a steering committee, creating a concept that would feature additional parking and sidewalks, restroom improvements, a kayak launch and temporary boat slips as well as new seating and shaded areas plus upgrades to the electrical and irrigation systems.

Last week, City Manager Matt Spoor presented the commission with the budget for ‘Concept B,’ a nearly $2 million proposal that did not include all the requested elements.

“The budgeted cost for this Concept B is just under two million dollars, around $1.9 million, (and) it does not include the cost of the transient boat slips, the kayak launch or the northern shelter,” he said.

“So you would have a Fiscal Year ’18 projected budget of $475,000, right now, for any additional work out at the Waterfront Park,” he said.

With such a disparity between the available funds and the projected cost of the requested work, the commissioners were forced to make some decisions before directing Spoor as to how to move forward.

Ayoub noted that he felt the cost of the restroom upgrades—just over $650,000—was “rather high” and he suggested using money from the city’s reserves to complete the next phase.

“Ideally, I’d like to see everything that we agreed to on this Concept B, if we could try to find a way to make the numbers work,” he said.

“I know we have extra money in reserves that we’re not using…and if there’s any time and any place to spend it, I think this would be a great return on investment.”

The suggestion led to a lengthy discussion centered on the park’s restrooms.

Initially, the concept called for the demolition of the existing building and the construction of an elevated, two-story bathroom and storage facility with a ramp, stairs and a deck, just east of the current location closer to the pier.

A look at the preliminary conceptual renderings for Phase II, Concept B of the Safety Harbor Waterfront Park project. The square building on the left with the ‘X’ on it represents the proposed new restroom building, which could be pushed back to a later phase due to budget concerns. (City of Safety Harbor)

The area where the building now sits would become part of a new parking lot, complete with boat trailer spots as well roughly 60 additional parking spaces.

While everyone agreed the current building—an aging facility that floods during heavy rains that’s inadequate for the number of visitors coming to the waterfront—is untenable in the long term, the high price tag for the proposed upgrade was impossible to get around for some. 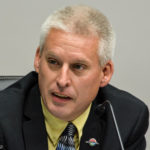 “It is a really high cost,” Commissioner Scott Long said.

“I’m not saying it’s wrong, but it is hard to swallow.”

Long said if they delayed the restroom portion of the project, that would drop almost $700,000 off the proposed budget and then “we can do most of the other stuff around it.”

The commissioners ultimately instructed Spoor to move forward with coming up with a proposal that includes all the elements of Concept B, including the northern shelter, a natural “living” shoreline and a plaza space, minus the new restrooms and the kayak launch, with Ayoub stating he hoped they could be included in a second part of Phase II.

After the meeting, Spoor outlined the next steps regarding the proposed Waterfront Park work.

“I’m meeting with staff this week to go over everything that was discussed at the meeting, and we’ll be back before the commission after the New Year with a new budget, an estimated schedule and funding options for the work they want done,” Spoor told Safety Harbor Connect this week. 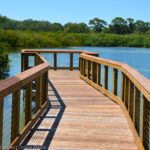 The 2,500-linear-foot boardwalk at the Safety Harbor Waterfront Park was completed in April 2017.

He estimated the revised budget could be around $1.5 million and cautioned that even if the project proceeds without the restroom upgrades, the work might not begin until late next year.

“Grant and permit applications take time to apply for and process,” Spoor said, noting the lengthy delay securing a key permit for the boardwalk. “So I’d conservatively say sometime in 2018, by the end of 2018.”

“We’re going to give them options, timeframe and budget wise, but the budget is clearly over what we have budgeted for the park for Fiscal Year 18, so they’re going to have to make decisions about funds and what they want to happen and when.”

According to Ayoub, the sooner they can start the work, the better.

“Adding additional amenities like a shade pavilion and additional landscaping to our Waterfront Park has been a huge priority of mine and I’m excited that the commission is interested in moving this forward,” he said via email.

“It was great that the commission agreed on the plans to move forward with a couple months ago and now we just need to work within our budget to get our goals accomplished. As I’ve always said I’m fine using the excess reserves that we have to invest in our beautiful waterfront, which will be a focal point for our city for decades to come!”

SIGN UP FOR THE SAFETY HARBOR CONNECT NEWSLETTER TO RECEIVE UPDATES ON THE WATERFRONT PARK AND OTHER CAPITAL IMPROVEMENT PROJECTS.