Welcome to the first “Politically Connect with Scott Long.” If you missed our announcement article, twice a month before each Safety Harbor City Commission meeting I’ll be breaking down the agenda, explaining it to readers and offering some insight on why the items are being considered.

The City Commission will meet at 7 p.m. Monday, and the two highlights of the agenda are continued discussion on the living shoreline proposal for Safety Harbor Waterfront Park and a design incentive bonus discussion that is part of the Planning & Zoning Board’s charge to promote “small town charm.”

Here’s the link to the full agenda: http://safetyharbor.granicus.com/GeneratedAgendaViewer.php?view_id=6&event_id=1616. Additional material, known as “backup,” is available via the hyperlink on each item. 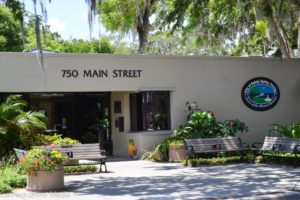 What is it? Commissioner Andy Zodrow has led the effort to replace the existing seawall at Safety Harbor Waterfront Park with a “living shoreline,” which is more environmentally-friendly than the existing seawall and could qualify for a grant from the Tampa Bay Environmental Restoration Fund to help defray the costs of construction. The biggest concern with a living shoreline is the loss of uplands, which would result in a reduction of usable footprint for the park, a concern raised by a citizen at the March 5 Commission meeting. Also part of the discussion will be the planting of shade trees at the park, as directed by Commission on Feb. 19.

What’s the issue? Commission previously approved the hiring of an environmental consultant for the living shoreline concept, and the consultant, city staff and representatives of the Southwest Florida Water Management District (often referred to as “Swiftmud”) recently met to discuss the project. The proposal is to use oyster bags and vegetation to create a sloping bank. If completed, the living shoreline would result in the loss of 2,400 square feet of usable space at the top of the bank. The project also will require an Army Corps of Engineers permit, and it or Swiftmud may require addressing wetlands issues if either deems the design to adversely affect the environmental.

What decision needs to be made? Commission will decide whether to move forward with the living shoreline concept, or whether the loss of uplands or other considerations necessitate an adjustment in the plan or a change in direction.

What it is? Mayor Joe Ayoub last year tasked the Planning & Zoning Board to research strategies to protect and promote Safety Harbor’s “small town charm.” Part of P&Z’s suggestions is this list of incentives to offer builders of residential and commercial projects who are willing to adhere to certain design standards.

What’s the issue? Development has been the hottest topic in Safety Harbor for the past several years, and it often comes down to what is the best strategy – changing codes and zoning to limit what developers can do or give developers reasons to build what the city desires. This list is the latter. The Planning & Zoning Board would like to produce a brochure of desirable design elements to offer to developers, change the city’s Land Development Code to offer incentives for developers who adopt those elements into their designs and create a peer review process to evaluate proposals. Among the design standards are side- or rear-facing garages, features that make the building look smaller than it is, traditional architectural features like decorative shutters and the use of quality building materials. Developers would earn points for the features they include in site plans, which would be rewarded with fast-track approval, setback reductions or permit fee reimbursements.

What decision needs to be made? Commission will need to decide whether the suggested elements address their vision of “small town charm” appropriately, whether they will achieve the desired effect and whether the bonuses offered to developers who agree to the suggestions are sufficient to result in more charming buildings or too much to offer for what the city gets back.

Unless you live in the Briarwood neighborhoods, spend a lot of time at Mease Countryside Hospital or have attended Citizens Academy, you might not know of the northernmost park in Safety Harbor. The playground equipment at the park has become dated, and the city put out to bid to replace it. Mease Countryside Hospital has generously contributed $45,000 to the project, significantly reducing the city’s expenses. The Parks & Recreation Advisory Board reviewed the five bids received and unanimously recommends the proposal submitted by Gametime.

Ordinances or changes to city code require two hearings before the City Commission. These three were approved 5-0 by the Commission at its March 19 meeting:

Zoning of 1575 10th St. S: After annexing property, the city must designate a zoning classification. This property is proposed to be R-2 (single-family residential).

Construction noise: Citizen input and the Planning & Zoning Board recommended changing the construction start time, including the staging of equipment, to 8:30 a.m. on Saturdays.

Minimum permit application fee: A minimum building permit fee will be collected when a permit is applied for, so the city is compensated for its time even when an application is later withdrawn.

FY2018 budget amendment: Any time revenues or expenses shift after the budget has been approved, those changes need to come back to City Commission for approval. This amendment mostly deals with the increase in revenue from an uptick in building permits and the costs of processing those permits.

North Pinellas Cultural Alliance board appointment: The North Pinellas Cultural Alliance was formed two years ago with seed money from several North Pinellas cities, and fosters art projects and initiatives and, most importantly, designs “toolkits” to help participating municipalities create public art. I am the current Safety Harbor representative, and indicated to Commission that I’d be happy to continue serving, but Commission can choose anyone in Safety Harbor to serve on the alliance’s board.

Bridge dedication: A resolution supporting the renaming of a bridge on State Road 580 in honor of CPL Frank R. Gross of Oldsmar, who was killed in action in Afghanistan.

Attend the meeting: The meeting starts at 7 p.m. at City Hall, 750 Main St. Meetings typically run from 1.5 to three hours. Residents are given the opportunity to speak on all agenda items, except for presentations and consent items. Come forward when asked by the mayor, state your name and address, and you’ll be given three minutes to address the Commission. For any issues not on the agenda, or any item that is on the consent agenda, residents get three minutes to speak at the beginning of the meeting during “Audience to be Heard.”