“One of the things I was proudest of about my time on the Commission was the amount of research I put into every agenda item,” Long said. “I wanted to make sure I fully understood the issues so I could make the best decisions possible for Safety Harbor. With the freedom I now have as a private citizen, I look forward to sharing that insight with Connect readers in ways that weren’t possible when I was a Commissioner.” 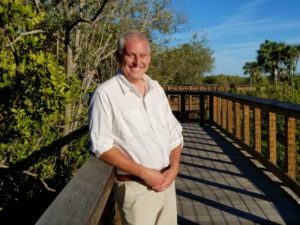 Scott Long, has been a journalist for 20 years with newspapers across the country.

“My goal with this is just as it was when I was on Commission – to foster an informed and engaged citizenry. Oftentimes, it’s difficult to truly understand the issues merely by reading the agenda. My hope is that by adding context, citizens will have more information at their disposal, so that they can ask Commissioners and city staff better questions before and during Commission meetings,” Long said.

Long, who earned a bachelor’s degree in political journalism from Marietta (Ohio) College, was an editor and writer for newspapers in Ohio and Florida for 20 years, most recently as business news editor of the Tampa Bay Times. Since 2008, he has been the publisher and founder of Ante Up Poker Media LLC, which publishes the most widely-read poker magazine in the United States.

We are privileged to have Scott join us in serving Safety Harbor, it’s rare to find such an experienced journalist who shares the same passion for this city as all of us here at Connect.  Scott’s initial column will be appropriately titled, “Politically Connect” with Scott Long, as he breaks down the city’s issues on a bi-monthly basis.