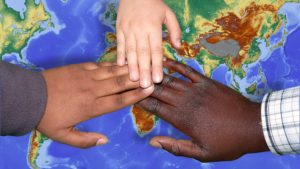 A phenomenon of browning is spreading worldwide.  The horrific massacre of New Zealand Muslims brought it into focus for me this past week.  As an American woman of mixed African, Caribbean and European heritage, I had limited my perspective on people of color to my country of birh.  But the recent tragedy in New Zealand, though religious in nature, is at the same time a racial crisis.  The perpetrator was not only anti-Muslim as a religion, he was a self-proclaimed white supremacist. And sadly, he was inspired, in part, by rhetoric from the United States.

When I was in college, a requirement for all students was a course entitled “The History of Western Civilization.” It was purported to give us an understanding of our forbearers and the roots of our culture.  I sat through a semester learning about how white people, deemed the most civilized folks on the planet, had progressed over the years.  There was no mention of the contributions of Africans, Asians, East Indians, or any others of  worldwide hues.

Several years ago, I was in Hamburg, Germany, and much to my surprise I heard fluent German coming forth from the blackest of African passersby on the avenues. These days, I turn on the TV and hear the most traditional of British accents coming from the mouths of actors of multiple shades of black and brown.  Not to mention Meghan Markle adding her African American presence to the palate of British royalty. Unlike the Western Civilization of my college years, people of color are taking their place in the ongoing History of Western Civilization.  Unfortunately, studies show that the increase in immigration in the twenty-first century is accompanied by an increase in European racism.

Previously, I have been focused on racism in the United States. I was deeply outraged at the disruption of Latino families of color at the border of this nation that calls out “Give me your tired your poor, your huddled masses yearning to breathe free.” I knew that the resurfacing of the Arian Nation, Neo-Nazis and others of that ilk constituted a dangerous resurgence of overt American racism.  But I had not thought beyond our borders until the New Zealand Massacre. 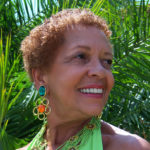 Author of You Can Go Home Again