The City of Safety Harbor is one of 16 cities competing in a March Madness-style bracket to be named this year’s “Strongest Town” by the Strong Towns organization. 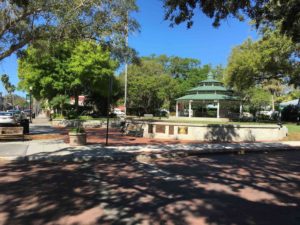 On its website, Strong Towns describes itself as “an international movement that’s dedicated to making communities across the United States and Canada financially strong and resilient.” At Monday’s City Commission meeting, Safety Harbor resident James Fogarty said he starting following the organization a few years ago. He nominated Safety Harbor, which faces off against Marshfield, Mass., in the first round. The city that receives the most votes moves on to the next round, where voting will begin anew.

Fogarty’s nomination cited Safety Harbor’s engaged citizenry, conservative budgeting, walkability and diverse economy as key reasons Safety Harbor should be the “Strongest Town.” You can read Fogarty’s complete nomination, as well as that of the residents who nominated Marshfield, and vote for Safety Harbor here.