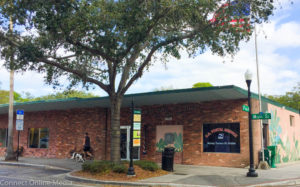 The Safety Harbor Post Office located at 303 Main Street, a downtown fixture for many decades, will close and relocate to another area of the city, according to USPS officials. No timeframe has been set for the move, and there will be no disruption of mail service, according to the officials.

The Safety Harbor Post Office saga has ended with what now appears was a foregone conclusion from the beginning—the Main Street branch, a fixture in the downtown district for decades, will close and relocate to another part of town.

USPS officials confirmed their decision in a letter sent to Mayor Joe Ayoub after the 30-day window for public comment had expired following a federally mandated meeting on the matter on March 15.

The original letter, written by Tom Sala, vice president of facilities for the postal service, stated “the Postal Service must relocate its retail operation due to the termination of its current lease.”

City officials disputed the cause, noting the property owner agreed to extend the two-year lease that expires in 2019 another five years, and USPS officials agreed to draft a new letter minus the misleading language.

But regardless of the wording or the reasoning behind it, the bottom line is, the iconic Main Street Post Office will be closing. 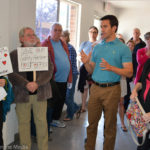 “I am disappointed to hear about this decision,” Mayor Ayoub told Safety Harbor Connect via email. “Despite the fact that post office officials stated they were being forced to leave by the landlord we now know that was never the case, and despite the fact that post office officials held a public meeting for our residents to get our opinions and thoughts about its location we now know that they had their mind up before holding that meeting.”

“I’m confident that city officials did everything we could, including working with the landlord to offer the post office an extension that was in line with what they said they wanted to keep the post office at it’s current location.”

The news of the post office moving from its brick headquarters at 303 Main is sure to rock the many residents who showed steadfast support for keeping the branch downtown.

But for some, the month-long pause was a mere formality, as it quickly became apparent during the March meeting that the post office had outgrown the location, that USPS officials had already targeted a new location—the old Fifth Third Bank building on McMullen Booth Road—and that they weren’t willing to accept a deal from the landlord to extend their lease.

“Is this just a formality?” resident Jim Barge asked USPS representative Damian Salazar at the meeting.

“Because it sounds like you’ve already concluded that the best option is the Fifth Third building.” 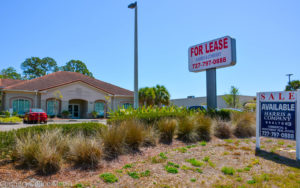 The former Fifth Third Bank at 1703 McMullen Booth Road is rumored to be the future home of the Safety Harbor Post Office following the announcement by USPS officials of the closing of the Main Street branch.

Salazar, who is based in Dallas, responded by saying it was the Postal Service’s intention to remain on Main Street, but when pressed, he admitted even an offer of a 20-year lease might not be enough to persuade USPS higher-ups to vote against relocation.

Now, that possibility has become a reality.

According to a USPS official, the relocation process is already underway, though there is no timeframe for the move.

“We are currently reviewing and considering all comments and potential sites that meet our requirements,” Enola C. Rice, spokesperson for the U. S. Postal Service, said via email.

“We do not have a timeframe for the review and approval process. A lease cannot be signed until the final decision letter has been provided and a site selection has been completed.” 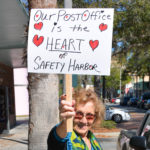 Support for the Safety Harbor Post Office was strong on Wednesday, March 15, 2017.

Rice went on to state that “operations will continue at the current Safety Harbor Post Office facility until we locate a new site,” and she added that mail delivery would not be affected by the relocation.

While USPS officials focus on the branch’s relocation, city officials will pivot towards facilitating the transition of the prime downtown property, which reportedly could be transformed into a bar/restaurant, possibly with a mailing facility in the rear, and could fit it nicely with the slew of new businesses slated for the district.

“The City looks forward to working with the post office as they continue their relocation process, as well as with the property owner as they look to fill the space,” City Manager Matt Spoor, who has had several discussions with representatives of both parties over the past several months, said.

“Staff also looks forward to working with the new business owner who eventually comes in there.”