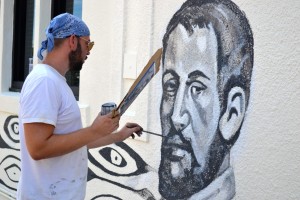 Truman Adams was selected to paint a mural on the side of the Safety Harbor Chamber of Commerce building.

A city’s Chamber of Commerce building is often the center of attention in town, serving as a meeting place for visitors as well as an example of the architectural style employed in the community.

Safety Harbor has an iconic chamber building, located on the corner of Main Street and 2nd Avenue South, smack dab in the heart of the downtown district. But it never really stood out as a marquee monument to style and décor.

But thanks to a recent repainting of the interior, plus the decision to select Sarasota artist Truman Adams to paint a mural on the outside wall, the 80-year old edifice is now an eye-catching objet d’art.

“I applied to the call to artists the city put out after hearing about it from a friend of mine from Tampa,” Adams, who sold his first piece when he was 10 and has done commissioned work all over the south, told Safety Harbor Connect.

“I submitted a sunset, and they told me I won, but they said they wanted a historical scene for the finished piece.”

Adams quickly went to work on designing a mural that would incorporate famous faces and images associated with Safety Harbor, including Odette Philippe, Hernando DeSoto, mineral water and the Tocobaga Indians.

“This was my first design, and it got very positive reviews from the committee,” he said.

Adams began working on the mural in early October. He said the whole thing would take six days to complete.

And despite the large surface area and complex characters involved, the easygoing Adams wasn’t worried about pulling off the project.

“I have a $40,000 commissioned mosaic on a wall in Sarasota, and I’ve done 3D street art in Georgia and Tallahassee,” the 35-year-old said.

“Plus, portraits are easiest for me. This is what I love to do. So I’m happy.” 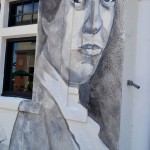 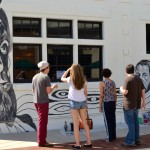 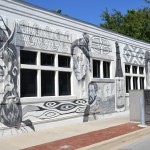 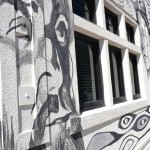 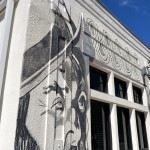 A mural was painted on the side of the Safety Harbor Chamber of Commerce building in 2013. 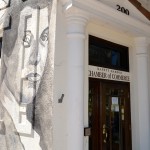 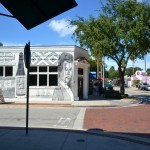 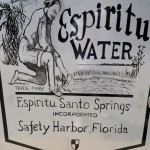 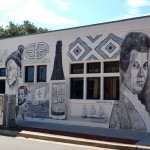 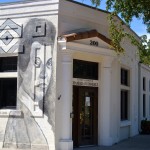