Monday’s meeting will begin at 7 p.m. Here is the link to the agenda, with additional material, known as “backup,” available via the hyperlink on each item: http://safetyharbor.granicus.com/GeneratedAgendaViewer.php?view_id=6&event_id=1631. The meeting will be preceded at 6:30 p.m. by a meeting of the city’s Community Redevelopment Agency, which consists of the five commissioners with Mayor Joe Ayoub serving as chairman. The Community Redevelopment Agency, or CRA for short, was created in 1992 to revitalize the city’s downtown, and Monday’s meeting will be to approve the agency’s 2019 budget and approve final adjustments to the 2018 budget. Here is the link to that meeting’s agenda and backup material: http://safetyharbor.granicus.com/GeneratedAgendaViewer.php?view_id=6&event_id=1684 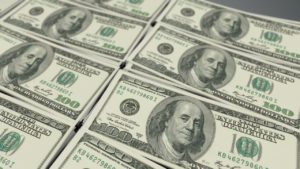 Re-approval of 2019 millage rate and budget: Commission previously approved the city’s annual budget, which included keeping the millage rate the same at 3.95. However, an error was made in the legal advertisement posted in the Tampa Bay Times, meaning the city needs to re-advertise the hearing and Commission needs to approve it again. The small error was in the amount of last year’s proposed tax rate, the previously approved ordinance was correct, the final advertisement was not.

Water and sewer bond resolution: The city’s Bond Counsel has recommended that the city make a change to pledge water and sewer revenues to pay for water and sewer projects going forward. If approved, this resolution, among other things, would authorize Commission to issue up to $9 million in debt to finance water and sewer improvement projects over the next three to five years, with future revenues used to pay down that debt.

Budget amendments: This is regular housekeeping item, mostly reflecting unspent money in the 2018 budget and transferring it to the 2019 budget.

Variation in residential design ordinance: Commission voted 5-0 on first reading at its last meeting to approve a change to city code that would require a minimum separation of two lots next to and across from each detached single-family home before a similar design could be repeated. The variation would include at least three different elements on the front facade. This is the second and final reading.

Appointment to Board of Trustees of the Firefighters’ Pension Trust Fund: David Harvey’s term on this board is expiring, and there is a second vacancy as well. Edmund Ziegler is the only other citizen who has requested appointment.

Consent agenda: Items expected to have little debate, such as approval of the last meeting’s minutes and most contracts, are included en masse in the consent agenda, though any Commissioner can ask for any item to be considered separately. This meeting’s consent agenda includes approval of a contract to replace a water main in the Green Springs subdivision, the purchase of a dump truck and the disposal of two light towers and a message board.

Attend the meeting: The meeting starts at 7 p.m. at City Hall, 750 Main St., with the CRA meeting beginning at 6:30 p.m. Meetings typically run from 1.5 to three hours. Residents are given the opportunity to speak on all agenda items, except for presentations and consent agenda items. Come forward when asked by the mayor, state your name and address, and you’ll be given three minutes to address the Commission. For any issues not on the agenda, or any item that is on the consent agenda, residents get three minutes to speak at the beginning of the meeting during “Audience to be Heard.”