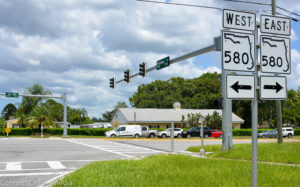 An annexation request for an 8-acre parcel located at the intersection of SRs 580 and 590 in Safety Harbor was unanimously approved by the City Commission on first reading this week. Final approval of the request in two weeks could lead to a 3-story medical office being built on the tree-filled lot, much to the dismay of area residents.

The Safety Harbor City Commission earlier this week approved an annexation request on first reading for a parcel of land located at the intersection of State Roads 580 and 590.

Under the current configuration of the 8-acre property, two of the three parcels fall under county jurisdiction, while one lot that’s zoned for General Office use is already within the city limits.

The request would pave the way for a developer to construct a three-story medical building on the eastern portion of the property, which has neighbors fearing the development will destroy their quiet lives in this secluded section of the city.

“One of the reasons I purchased my house is because it was not in a subdivision, and another reason was the woods in front of it,” Janice Law, a 20-year resident of Parrish Lane, which cuts through the western edge of the site, said when the agenda item was heard on Monday night. 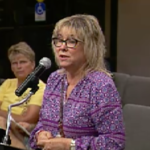 “You can imagine our concerns over our property values,” she added, noting “we would be looking at a parking lot” if the proposed development is built. “So, we wanted to get a jump on this and express our concerns.”

Law’s neighbors also spoke out against the proposed annexation, stating the new development would destroy the character of the serene, leafy lane.

“I’m mostly concerned about the noise,” 16-year Parrish Lane resident Edie Balisteri said. “I love Safety Harbor. It’s a great community. But something definitely needs to be said about that.”

Beth Widdera added, “We bought a piece of property on a quiet, dead end street. Having homes built across the street, I would have no objection, because it’s a residential neighborhood.

“What they’re proposing is going to change everything for us.”

Despite the concerns, City Attorney Alan Zimmet and an attorney for the applicant, Harrord Properties, pointed out that Safety Harbor officials would lose control of the site should the commissioners deny the annexation request. 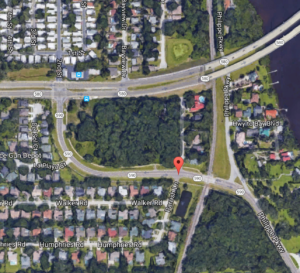 This Google Maps screenshot shows the area in question. A developer hopes to build a 3-story medical office building at the intersection of SRs 580 and 590.

“If it stays unincorporated then the County Commission retains control of the property, not the City Commission,” Zimmet informed the commission.

“We’d have no input. The County Commission would determine if the land use was going to change, if the zoning’s going to change, the county code would govern what uses were permitted under whatever zoning was applied to that property.”

Joel Tew, a land use attorney from Palm Harbor, said the situation could be resolved in one of three ways.

“If the City of Safety Harbor does not wish to annex the three vacant parcels, then we certainly have the right to pursue a plan amendment and zoning in the county on those three parcels,” he said.

Tew said they could then pursue the proposed deal with the property having split jurisdiction, though he said it’s a less desirable method of approaching it.

Tew added that based on his experience, “your instinct tells you the City would probably like to have it so that they can control the total development and…have control of the site plan…to ensure you get a nice, quality project that enhances the value in the surrounding community.”

He also noted with a portion of the property already zoned for office use, plus the location being at a junction of two state highways, the proposed project is ideal for the site. 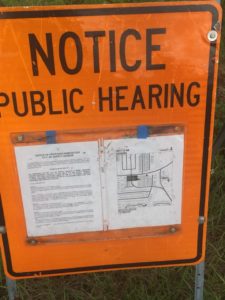 “With it fronting on State Road 580 and State Road 590, whether it’s you, whether it’s the county, you will only get pressure for more intense uses,” Tew explained. “It is bounded by two state highways. A high-traffic area. Like it or not, it is where it is geographically.”

“This is probably one of the more benign potential uses, just being candid with you, for that property,” he added, noting he’d had conversations with several county officials who believe the project is a suitable use for the space. “It’s a substantial piece of undeveloped land.”

Tew then asked the commission to let him know now if they do not want the project.

“If Safety Harbor does not want the project, if Safety Harbor has heartburn over…a nice medial office project there, we really would appreciate knowing that know,” he said, adding, “I’m not the kind to annex and then take my chance that I just did something stupid.”

After Mayor Joe Ayoub requested that the applicant work with the residents and keep them informed throughout the process of developing the property, the annexation request was unanimously approved by a vote of 5-0.

The item is scheduled to come before the commission for a second and final reading in two weeks.

Should the request go through, there would be three zoning hearings, followed by the submission of a site plan application by the developer.

Sign up for the Safety Harbor connect newsletter for updates on this and other development stories affecting the City.