Some campaign, huh? Come Tuesday evening’s commission election results, win or lose, I’m betting neither of you will be shouting, “Wow, that was some fun! Can’t wait to do it again soon.”

Understand, totally. For such a small town, there sure was a ton of passion burned by both sides during the past six weeks. You just know things were getting out of hand when the city-limit signs said “Welcome to Nasty Harbor.”

But, hey, all’s fair in love, war and politics, right? You do what you gotta do.

AZ, you slay me with the charge Joe Ayoub is against boat ramps. Good one. And JH, got to admit, I will never again look at trees quite the same.

Hell, look at me. As you may have heard, I even went and started a blog. And that is the reason I am reaching out to you, neighbor-to-neighbor, with this personal letter. I want you to know why.

Until six weeks ago, my total lifetime sum of political involvement amounted to nothing more than voting. That’s it. I’d never been to a fundraiser. Never campaigned. Never handed out palm cards. Never waved signs. Certainly never blogged. Never wanted to.

And, if it were not for one thing, I’d still be the same. As a matter of fact, except for that one thing, it’s possible I’d even be voting for you guys on Tuesday.

But then along came the thing. The merry band of terrorists, who say they want to save Safety Harbor, but will kill it with hate — the face of your campaigns.

Does this sound familiar?

Those are the words Carlos Diaz, a city commissioner, just like you Andy Zodrow, and just like you want to be, Janet Hooper. He spoke them in commission chambers. Yet, not a word from either of you. Like it never happened.

The target of Diaz’s ire is the same woman who, although simply a volunteer member of a citizen’s board, introduces herself as “Code Enforcement,” because that makes it easy to bully anyone who does not know better.

She’s also been accused of using her volunteer position to target citizens for harassment, while trespassing on properties to search for code violations, taking pictures and then carrying out personal vendettas.

And, somehow, not only has the city (that’s you, Commissioner Zodrow) allowed her to continue on the code enforcement board, you embrace her as the face of your political campaigns.

Good grief. You should be distancing yourselves from this group like Bruce Jenner is cutting ties with the men’s room, not encouraging them to rumble through town like a goon squad.

The face of your campaigns.

Whether you like hearing it or not, you know I’m right. There’s a tiny circle who wafts through our community like a toxic cloud, altering the DNA of everything it contacts. They divide sides, encourage neighbor to oppose neighbor and spew hate on a Facebook page.

If you do not disassociate yourself with such behavior, then you are condoning it.

I also suggest you watch your backs. This is the same group that used former commissioner Nancy Besore in the last mayor’s race, then turned on her with shameless abandonment. They did it once, they’ll do it again.

Look, win or lose Tuesday’s election, both of you are community leaders with the ability to help shape Safety Harbor’s future. Obviously, far more so, if you win.

But isn’t the task of leading Safety Harbor challenging enough without trying to divide the community into Hatfields and McCoys? You are never going to lead if you can’t unite, and if your loudest voice only screams hate, your job will not be done — especially if Tuesday‘s winners are decided by the tissue-thin margin I suspect.

So, let’s go back to my original point. Instead of only casting my ballot on Tuesday as has forever been the norm, I worked hard the past six weeks to get Joe Ayoub and Chris Logan elected. Instead of only voting, I worked, not because I do not respect you as candidates, but because I so much dislike the way many in your camp behave.

I moved here to retire and just wanted to be left alone. But the face of your campaign just can’t leave well enough alone.

So now, after a string of visits from code enforcement, tree police and sheriff deputies responding to complaints that only produced harassment, I have officially become politically involved. Not to mention, a community blogger. With a long-term contract.

Just like Peter Finch as newsman Howard Beale in the movie classic Network: “I’m mad as hell and I’m not going to take this anymore.” Even better, new families are moving into Safety Harbor every day and if some things do not change, they are not going to take it either.

Something to consider as you weigh future political aspirations.

Anyway, so glad we could catch up, but I need to wrap this up — got to wave Ayoub and Logan campaign signs this afternoon.

All the best and I’ll look for you at Chalk-fest. 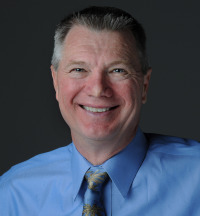